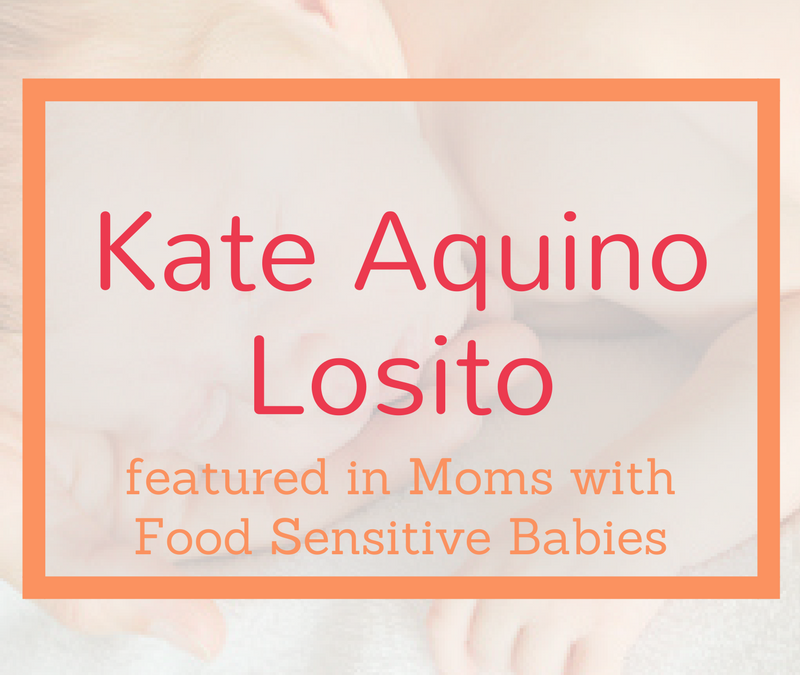 Kate is a blogger who was a fashion designer prior to having kids,  She is a mother of three. Today she shares her journey of breastfeeding food sensitive babies. Get to know her more below.

Tell us a little about yourself and family.

We live in upstate N.Y. I am a mama to three boys- two we are blessed to raise, and a third that died unexpectedly just after birth. My oldest is 6 1/2, my youngest is 19 months. My middle would have turned three this past February. I’m a newish mama blogger who was a fashion designer prior to having kids.

What food sensitivities did your kid(s) have as infants?

Both had dairy issues. It took us longer to figure it out with our oldest though.

What symptoms or reactions made you suspect a food sensitivity?

My oldest was having ongoing ear infections, nasal congestion, and eczema. We saw a chiropractor try to help with the ear infections, and she suggested we eliminate dairy from his diet- eczema nearly vanished, and although he needed tubes because he was already experiencing hearing loss from the infections, his ear and nose congestion improved drastically. My youngest was much younger, only a few months old asst most, and developed severe eczema on his face suddenly. His pediatrician suggested I eliminate dairy and see how it went.

How did you change your diet or the family’s diet?

With my oldest, we started to nearly eliminate dairy. He drank almond or coconut milk at home, rice milk at daycare. We made substitutions to whatever the daycare offered for meals as needed. We allowed him small ‘cheats’ at birthday parties and such, but cut it out completely for several years. We spent some of that time eating a vegan diet as a family so that he never felt like he was isolated. (And I don’t like to cook meat, so I was happy to give it up.) With my youngest, he was still being exclusively breastfed, (a combination of my milk, and donor milk), so I cut dairy out of my diet, and had to find donors that also minimized milk. Both boys have since outgrown their intolerances, thankfully. 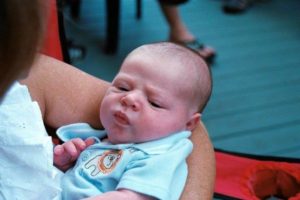 Did you notice any health changes within yourself on the new diet?

Whenever I eat a vegan diet (I go back to it often, it’s how I’m currently eating), I find my nose is less stuffy, which I think is mainly due to the dairy being gone.

What was (or is) the hardest thing about having food sensitivities in your family and how are you managing that challenge?

I missed ice cream. And cheesecake. Vegan cheese replacements are notoriously disappointing. It’s such a lame thing to miss, but I really did miss cheese at some points! (Still, do!)

Food sensitivities or allergies can be stressful or even scary for a family. How have you chosen to move forward in faith, not fear?

We were very lucky that our son’s food allergies were very minor, so we’ve had very little stress regarding it. My oldest is severely allergic to many medications, and that reaction can be alarming. I worry that a new food allergy or similar bee sting reaction will pop up, and also have anxiety that similar reactions will occur with my youngest. We combat that fear by making sure we always have supplies to deal with a reaction nearby – we bring a bottle of liquid Benadryl on every vacation, we pack my oldest’s inhaler if he’s seemed a little stuffy, etc.

What’s the most helpful thing people could do to help you during that season of breastfeeding a food sensitive baby?

If you’re the host at an event, choose a meal that everyone can enjoy. No one likes to be singled out, or forced to eat one dish while everyone else had something different. Everyone can live without milk or cheese for a meal, and then the mama who’s babe can’t have it isn’t going to feel so singled out.

What advice would you give a mom who’s struggling now with a food sensitive baby?

It gets easier, and it’s totally worth it.

What’s one of your favorite food sensitive recipes?

Not a specific recipe, but I always grabbed vegan cookbooks and prepared food labeled vegan for simple, quick reassurance that I wouldn’t be eating dairy. Labels and ingredients get tricky sometimes, haha.

Wondering if your own baby has a food sensitivity?